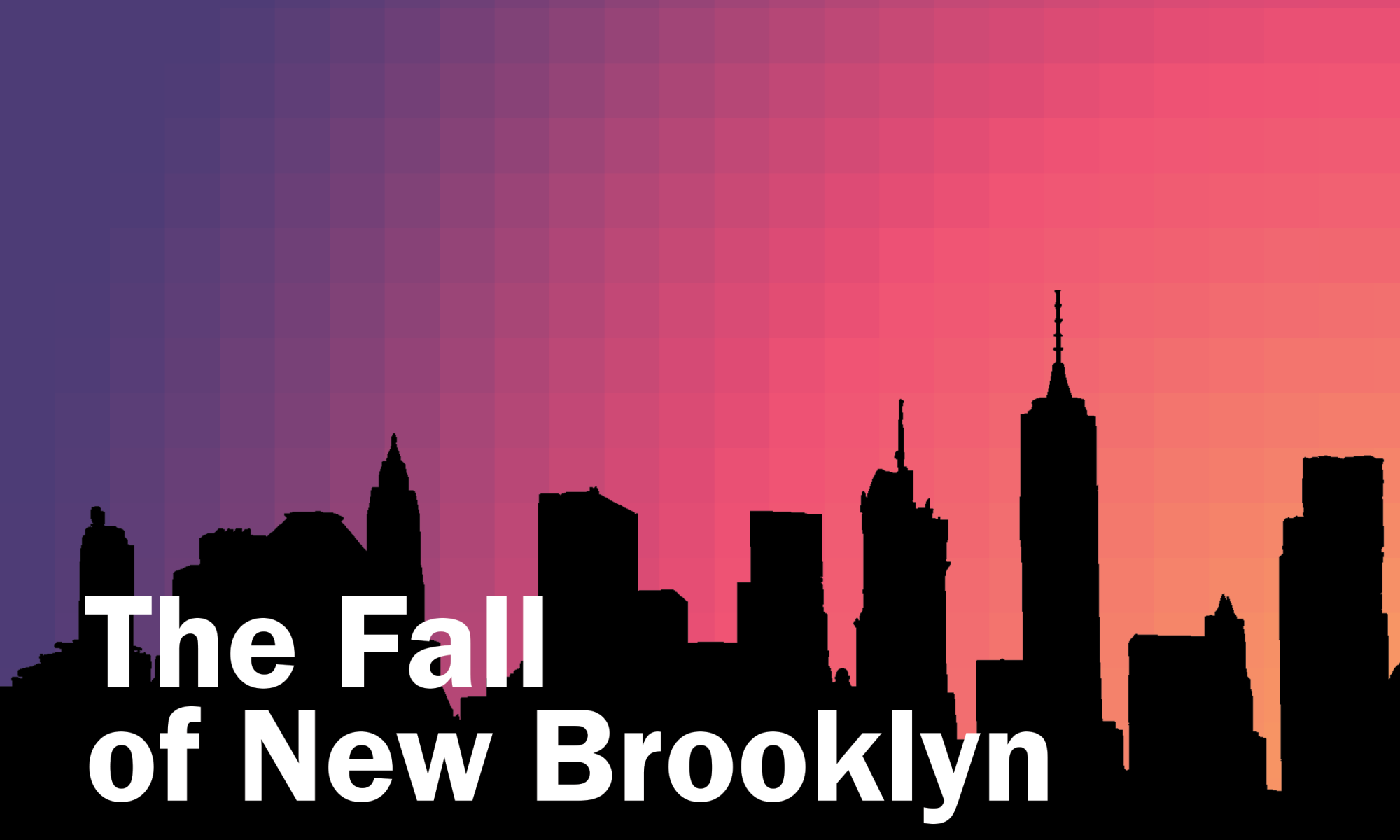 Xander shifted and sat on the edge of his bed as well, elbows propped on his knees, resting his head on his hands.  “What color was the fire?”

Xander seemed startled, but it was simply a flash of something across his face.  His scars looked deeper, newer, in the red light.  “Who the hell uses blue fire?  Soulless are red, we’re white.”

“I’m not really sure, but I…” Fin paused when Grace shifted.  He thought back to the book he had found, and that word burned in his mind again: Elementalist.  “It could be nothing, but in the book I found that told us about the Soulless, it had other entries.  One of them was about Elementalists.”

Fin could see the doubt in Xander’s face.  “Do you have a better idea?”

“Well, no.  But that kind of magic doesn’t exist.  The idea that someone could harness the natural power of the earth?  Seems a little far-fetched, don’t you think?”

Fin shrugged.  “I don’t know.  But we don’t know anyone that uses blue fire.”

Fin felt a hand rub across his back, and he turned to see that Grace was awake.

“Who uses blue fire?” she asked, sitting up and leaning against Fin.

“Fin seems to think we were rescued by an Elementalist.”

Grace’s brows furrowed, and she frowned slightly.  “I suppose it’s possible.  These last few days I get the feeling that we haven’t been given the entire truth.  And it seems really weird that we’d just happen to randomly find that one book.  It was right about the Soulless wasn’t it?  Maybe it’s right about everything else.”

Xander stood up and paced around the small room.  “But magic is powered by the soul, not some hippy earth magic.”

“Then explain the Soulless.”  Grace was staring at Xander, her eyes hard.

Before Xander could answer, the iron door screeched open, and a soldier peered around into the room.

Fin stood up, searching for his boots.

“Fresh uniforms are out here.  You guys look like you could use some new clothes.”

Fin had to hide a smile.  Their uniforms were torn, burned, and covered in ash and blood.  “Fair enough.  Thanks.”  Fin followed the soldier into the hall; Grace and Xander followed behind.

“Where are we?” Grace asked.

The hall was narrow, lined with concrete and filled with the same red light.

“The emergency bunkers.  After the air strike failed, the Soulless launched an all out assault against our above ground operations.  We were forced to retreat underground.”  The soldier stopped in front of a doorless entryway.  “Your clothes are in here, and you can shower quickly.  I’ll be down the hall when you are ready.”

They stepped into the showers.  They were open, no stalls.  Xander smirked, and motioned for Grace and Fin to go first, and he stood in the door, facing the hall.  Grace glanced at Fin, a shy smile flashing across her face.  She slowly stripped off her ruined clothes, and slinked to the shower.  She turned the water on, letting it cascade over her skin, and motioned for Fin to join her.  He hesitated, but slipped out of his clothes and walked haltingly toward her.

Grace pulled Fin close and kissed him.  “I love you, too.”

Xander wore a rare smile as Grace and Fin walked past him, in fresh uniforms.  He winked at Fin, and Grace’s cheeks colored.  After Xander was ready they met up with the soldier again.

“Magister Rochester and General Matthias are waiting to speak to you.”

Fin followed the quick pace set by the soldier.  “What about Commissioner Wallace?”

The soldier glanced back, but didn’t slow down.  “Commissioner Wallace tried to aid in a large evacuation while you were at the airstrike.  A large group of Soulless intercepted them, and wiped them all out.”

The soldier nodded without looking back.  “I’m afraid so, ma’am.  The police force is gone.  It’s just the military and the Conduits now.”

“Have we gotten counts for the civilians that haven’t made it?” Xander asked.

The soldier simply shook his head.  “We’re gathering what resources we can, and laying low.  Tomorrow, we abandon New Brooklyn.  The city is lost.”

They turned a corner, and were in the war room.  It was a slightly larger hallway, with a long, narrow table covered in screens, and the wall behind it was a giant screen as well.  It showed the extent of destruction the city had endured.  Most of New Brooklyn lay in ruins.  Standing behind the table were Magister Rochester and General Matthias.

“Good morning, Conduits.  I’m glad you three are safe,” Magister Rochester said, without looking up from the table.

General Matthias simply nodded at them, his face was tight, and Fin saw the pain and exhaustion there.

The soldier stopped in front of the table, nodded at the General and again at Fin, Grace, and Xander, and then walked away, down the hall.

“I assume he filled you in?”  Magister Rochester was looking at them now.

“Enough.  We’re abandoning the city tomorrow?”  Fin walked to the table, and stopped in front of the Magister.

Magister Rochester nodded.  “After the Soulless repelled the airstrike, they launched a full offensive.  The city’s police force is gone.  The military’s airfields are gone.  Command is gone.  All we have left are a few bunkers.  The Soulless appear to have endless numbers, and more keep showing up.”  He sighed, and his head dropped, hiding his eyes from them.  “The civilians are either evacuated or dead.  All that’s left is for us to get the hell out of here in one piece, and plan our next move.”

General Matthias sat down in a chair.  “Most of my men are dead.  Most of our vehicles are destroyed.  We have no air support, and only a handful of tanks left.  And from what Magister Rochester tells me, most of his Conduits are dead as well.  And we’re in the heart of the city.  We need to get out of here while we can.  You three have had the most encounters with the Soulless, and so far, you’ve lived to tell about all of them.  Any ideas?”

Xander grimaced.  “I have the feeling our luck is running out, sir.  We need to find a straight shot out of here, and make a run for it.”

The General nodded.  “I’ll have you coordinate with our intelligence, and see if you can map out several escape routes.  We’ll need options, and we’ll need to stay together.  We have the best chance if we go in a large group, I think.”

Xander nodded.  “I tend to agree, yet I also feel like a large group would be a bad idea.  There is strength in being together; yet, it also makes us a much easier target.  We still need to be highly mobile.  Slow is dead.”

The General stared at Xander in silence for a moment.  “Alright, Xander.  Let’s see what we can put together.”

They walked away, discussing details and strategies for their best chance at escaping the fallen city, leaving Fin and Grace alone with the Magister.

“So,” Magister Rochester began, “how did you manage to survive the airstrike?”

“Honestly, Magister, I’m not sure.  We pushed ourselves to our limits, and we were overwhelmed.”  Fin found a chair and sat down.  “But someone, or something, saved us, and pushed the Soulless back.  They used blue fire.”

Shock widened the Magister’s eyes, and he sat down as well.  “Blue fire?  Are you certain?  Did you see anything, Grace?”

Grace knelt down by Fin, resting against his thigh.  “No, I didn’t.  As far as I can tell, Fin was the only one conscious at that point.”

“Magister, I think it was an Elementalist.”

Magister Rochester’s head was down, his eyes hidden.  He breathed slowly, evenly, before speaking.  “You might be right, Fin.”  He looked up and locked eyes with Fin.  “I need you to try and find this Elementalist.  He could be helpful.  Take Grace with you, and grab whatever supplies you need.  I’ll send you the evac location when Xander and the General decide on a plan.  Meet us there in the morning whether you find this Elementalist or not.  And then get ready for the fight of our lives.”  Rochester reached into his coat and pulled out the book.  “First, though, I think we need to talk about this.”