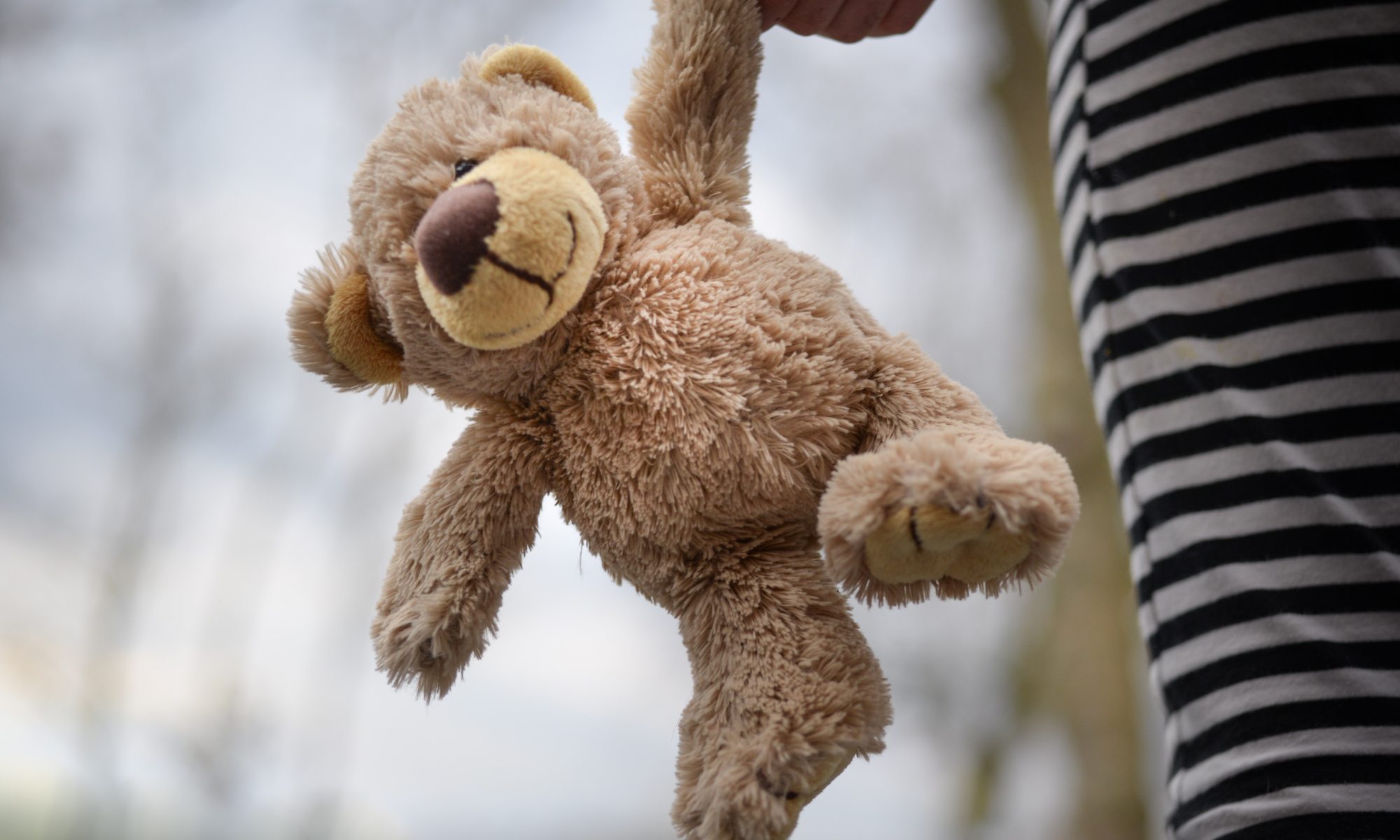 The strings that make the puppet two-step
in front of laughing kids. Their eyes gleam.
And when the puppet falls, no one cries.
Because it’s part of the comedy.
Like the dead from the grave, the tiny
painted wooden body returns to dance,
caught in strings that everyone chooses
to let their eyes slip past, like skirting
the murder of a mother of two on the 5 o’clock news.
Because it’s part of the tragedy.
The tears that cling and refuse to fall
scream we are only human.

The child, cutting into
the stuffed teddy bear, curious of the softness.
In the aftermath of clouded stuffing,
like a nest prepared by a bird’s dreaming,
the child sits, cross-legged, in the middle,
clutching the hollow husk of Mr. Pemberbottom,
asking why won’t the clouds go back?

The gasp I feel that pounds against
my calcium cage. A stick rattles against
old oaken slats, in time with the steps that crush
and stain the sidewalk with the carnage of
blueberries, shed and forgotten by the tree’s broken hand.
My shoes stick, so I leave them.
Because it’s part of the drama.
And barefoot I wade through the tiny bodies,
feeling their squish between my toes.

The flat of a hand spread wide against the wall,
veins trying to peek through vellum skin against
the yearning to slip through the eggshell white, the drywall,
the cedar beams. Like the gilded bird, the blue of sky
held in two tiny orbs, looking through the bars, but unable
to escape them. Because even birds want to fly,
and knife into the clouds like the butcher
slices the choicest cuts. And when the day
is over, and the knife clean, the blood clings tightly
in my hands.

2 Replies to “The Corporeal Ghost – A poem.”